Hema: Shows resistance to orthodox beliefs and stands up for herself

Sushila: Was determined to find a way out

Ria: Story of a student-turned-entrepreneur 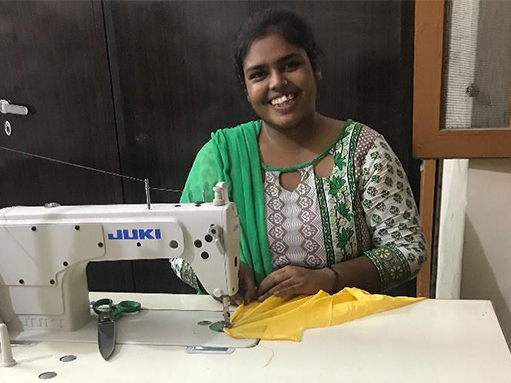 Hema, a 19-year-old girl, was born and brought up in a conservative family in Cartepuri Village, Gurugram. Since an early age she faced many hurdles while pursuing her education.

In Class IX she had to drop out of school due to health reasons. Later when she expressed her interest to pursue her education and be financially independent, it was met with criticism. Her family believed that it would not be right for her to earn.

Despite the resistance from home she joined the stitching class under Karigari project. After the six months at the stitching and tailoring programme she joined Indha. When she received her first payment of Rs 300 it boosted her self-confidence and pushed her to pursue more.

In 2016 she rejoined Class IX and completed her schooling. However, she continued to enhance her stitching skills. She even enrolled herself in a beautician course and gained hands-on experience in 2019.

Noting her enthusiasm and keenness to work, Literacy India has given her the responsibility to supervise the center in the absence of the centre head. Presently she earns Rs 8,000 per month. She has also enrolled for JBT with an aim to take up a government job in the future. 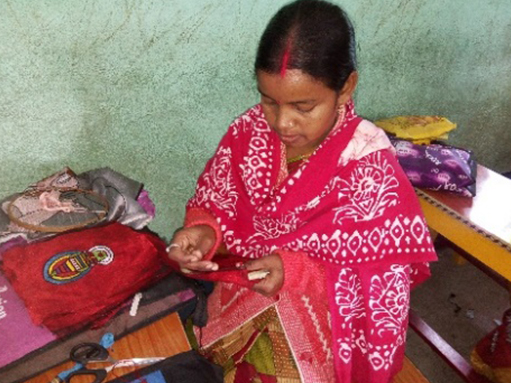 Kanaklata Majhi: One of the best artisans at Indha