Your Support is Crucial 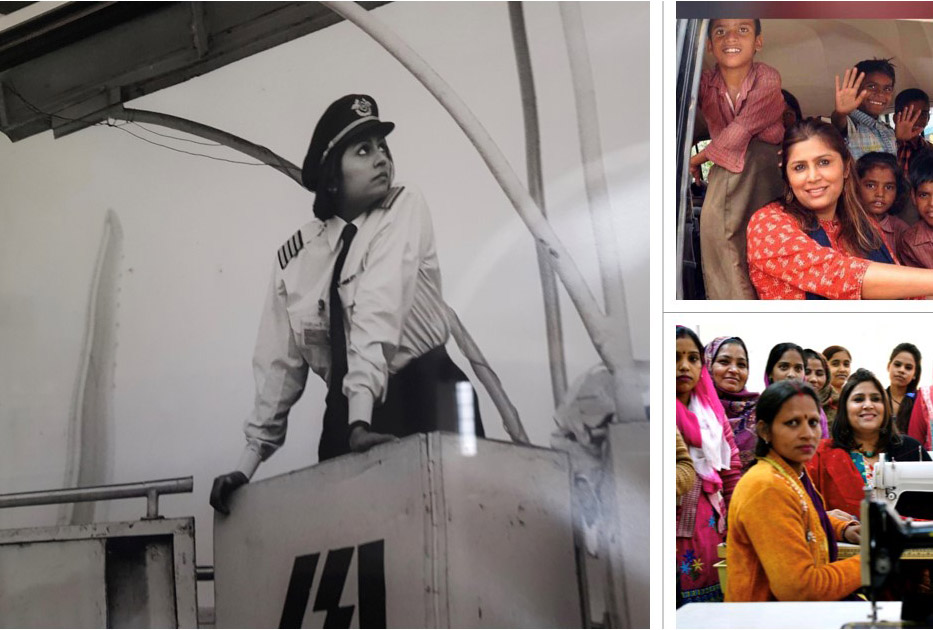 Selfless, hardworking and motivated. Some adjectives that come to our mind when we share the secret behind our genesis. Capt. Indraani Singh an unassuming Air India pilot who has a large heart and owned up to building a schools , Learning centre and an employment opportunity for the uneducated and the resourceless young. She started in 1996 with all her passion and with no resources to make a difference. Literacy India since then has had many milestones to talk about – “Gyantantra Digital Dost” which is a program which has impacted over 1.5 Lac students building a robust education foundation. Second one was a Social Venture“Indha” a brand for empowering Rural women artisans, this brand has become very popular across the country with scores of Companies like MasterCard, Tupperware, Sita, Kuoni, Dell Inc. etc. who feel empowered buying Indha products. Literacy India and Indha and Gyantantra today impact thousands of lives every year and growing. Singh became Asia’s First Women Pilot on A- 320 in the year 1989, later to create a history for her Airline ( Indian Airlines now Air-India) as a World’s First Women Commander on Wide Bodied – Aibus- 300 in the year 1996. Many Women Captains of this Millennium joined Air India after meeting with her or hearing about her. She sometimes goes in her Uniform to the Villages where she has to break the stereo type thinking about Women to become self-dependent.  She wants to continue to make a difference to the lives of more Children and more Women. She can inspire and create leaders because of her hands on passionate work.  Will you adopt one Girl Child or Empower one woman this Women’s day? Write to us. 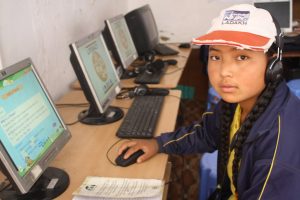 Bir Maya studies in the 7th standard at Government High School, Basgo Leh, Ladakh. Her father is a labourer and her mother often joins in for additional income. Being the eldest child, Bir Maya skips school to take care of her two siblings. She prefers doing household chores to school home work and lagged in academics until One day Literacy India`s Digital Education ,Gyantantra Digital Dost inspired her to change the  course of her life. She not only aced the program but also became an all- rounder in her school.She still takes care of her siblings but now she teaches them as well specially what she learnt through the program. 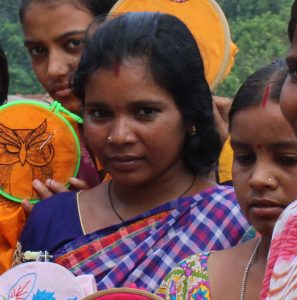 Purulia , West Bengal Story Sitali, a tribal woman,lives in the remote village of Lalpur in the Raghunathpur block of Purulia district. She has studied till the 9th standard. Owing to her family’s weak financial background, her father married her off at an early age. Sitali’s difficulties increased post marriage. Her alcoholic husband used to beat her and abuse her regularly. When the circumstances became unbearable, she left her husband and returned to her father’s house. With two children to raise and no source of income, Sitali continued to struggle. She came across Literacy India’s Raghunathpur centre, where she was advised to take up a course in embroidery. Although she has no specific talent, her dedication to learn and hard-working nature helped her successfully complete the course. After the six-month training course, she started working as an Indha artisan.Indha is the Social Enterprise of Literacy India, Sitali proved through her hard work and Talent to look after her children.Her Work in recognised on Indha website www.indha.in and Many Clients love her work.

Foola Bai: Role model for women farmers . Foola Bai, was amongst the first thirty women to come on board as a team member of Women  Farmers. Foola and her friends were drawn by live demonstrations and support sessions conducted by Literacy India to enroll for the training. However, it was the promise of optimal resource use, improve dyields and better income that convinced them to make a shift to organic methods of farming.Organic farming helps farmers fetch higher yields and better income with lesser inputs. From preparing different kinds of organic manure to using trellises and stacking for better garlic, soya, tomato and other vegetable crop yields, Foola has learn thow organic farming works. Literacy India assisted farmers like Foola to organize into collectives and provided them with direct access to available resources, ensuring a better quantity and quality of produce.  Foola has now become a Kissan Sakhi and a role model for women farmers everywhere.

So today, join us in recognizing the women who have made an impact on you. 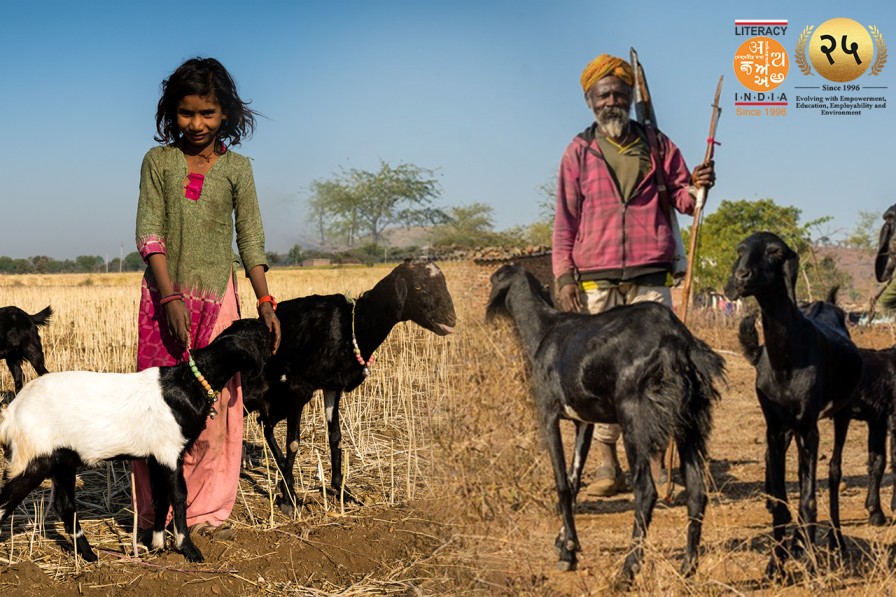